Lately I have been working in a few Angular projects. I would like to share some the discoveries I have made, but honestly I'm lacking the inspiration to write. I would rather just share my code and move on, but some information in not that easy to convey through code. Depending your interest, I'll might do both: force myself in to writing more often; and have a small shared Angular project with small, gradual, self-explanatory commits. For the upcoming blog posts expect more Angular. When I mean Angular It's Angular 2 and above, not to be confused with the first version (now named AngularJS). If you are not familiarized with the differences please check this brilliant Quora answer.

As previously talked in previous a blog post, I described how to host an Angular app in AWS S3. Then how use it in combination with AWS CloudFront to tackle some of the features S3 lacks. Now that we know how to serve our SPA, what about deployment? There are multiple ways to 'skin this cat', especially if there's a team involved, but for this example let's make it as easy as possible. Our goal is to run the following command npm run deploy to deploy a compiled Angular app to an S3 bucket.

Let me work your through the necessary tools: starting the most obvious node.js, make sure both node and npm are installed by opening your preferred command prompt and calling node -v and npm -v. For this example, I'm going to use Angular-CLI, keep in mind this optional, I'm just going to use it to create a new Angular project. To install Angular-CLI run npm install -g @angular/cli then check if it was properly installed by running ng -v.

The next step is to create a new Angular project ng new MyAngularApp. I'm not going to change/all any to the actual project, the objective is to compile it as it is and deploy it to S3. 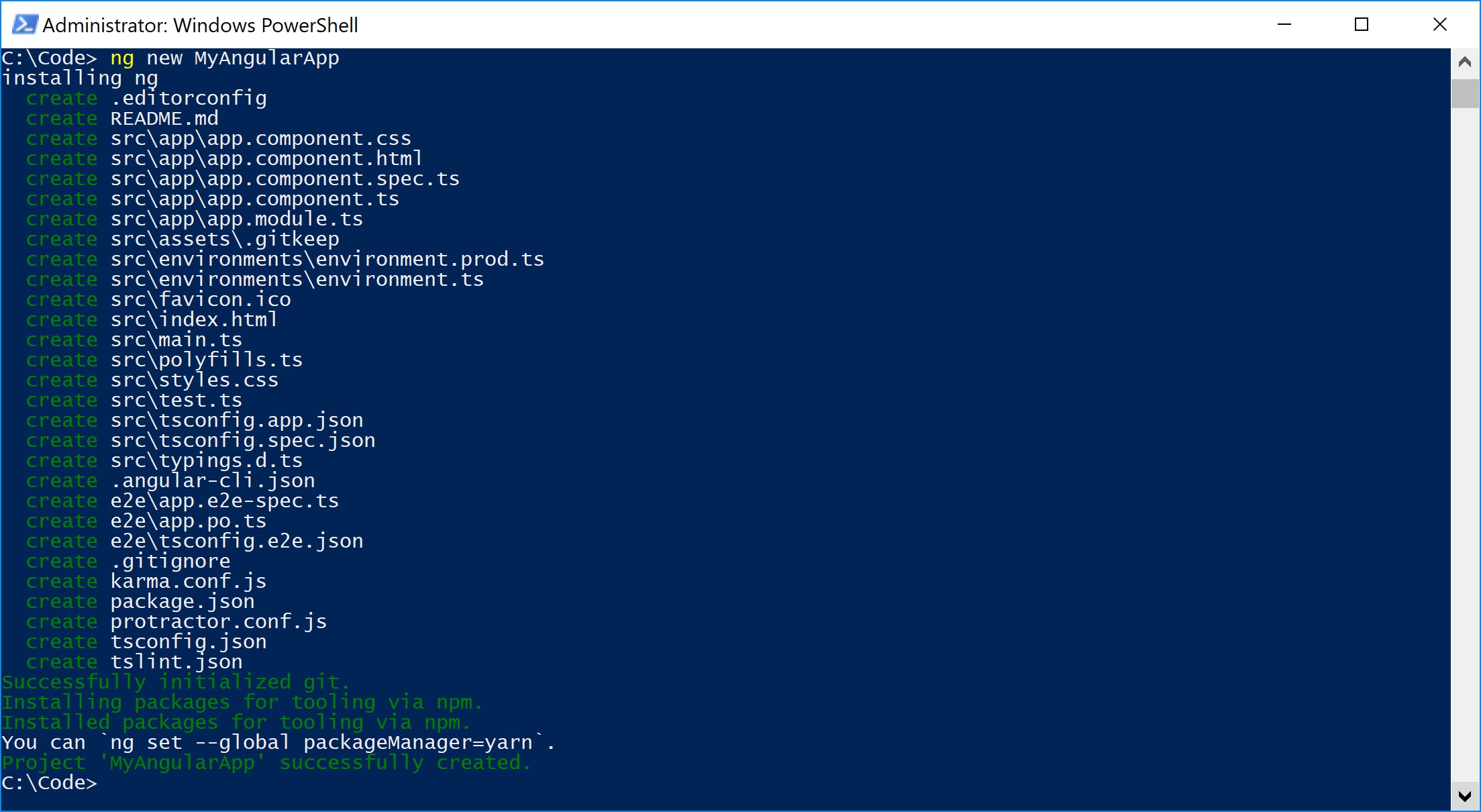 Next, we need to install AWS SDK npm install aws-sdk --save-dev. This allows us to spawn a client that will interact with S3. Additionally, for every file uploaded to S3, the proper MIME type needs to be set. If not specified S3 will default to 'application/octet-stream' resulting in files being downloaded instead of interpreted and rendered by a browser. To avoid manually mapping files to their respective MIME type let's install a helper library npm install mime-types --save-dev

You will also need to configure AWS SDK to get access to your AWS account. For me details please check the 'configure' section in AWS SDK for Node.js instructions

Now let's create our deployment script. It will be a simple JavaScript file that will be interpreted and run by node, invoked by npm run-script. For now, just create a new folder named 'scripts' at the root level of your project. Inside this folder create a file name 'deploy.js'. The path from your project's root level should look like this './scripts/deploy.js'. Grab the following code and paste in your newly created file. The code itself it's simple, the inline comments should help understanding it.

To handle trigger the deployment we will need a task runner. Feel free to pick whatever you prefer, personally I tend to use npm run-script. Define a task name and the command in the project's 'package.json' and use npm run <task name> to execute it. Let's do it for our example project. Open your project's 'package.json' . In your 'scripts' section add the following "deploy": "node ./scripts/deploy.js" instructing node.js to execute './scripts/deploy.js', which by itself with handle the deployment of the compiled Angular application.

Additionally, you can tell npm to compile the project before deploying it. If you create a new entry with same task name prepended with 'pre', npm will run this task first before executing the task you requested. You can create a multiple step chain using this technique. Add a new entry with the following "predeploy": "ng build -prod -aot" instructing Angular-CLI to compile in production mode with ahead-of-time compilation enabled. Check out a excerpt of 'package.json' containing only our modifications.

Now you can try 'the whole shebang' by executing npm run deploy. Boom, your code is now deployed in S3.

(update) My thanks to Diego Arevalo for providing a script update to traverse subfolders.